The past four months have been amazing in terms of the dramatic improvement I have made to my health and fitness, with your direction and assistance. My self image since I was 10 has been that I was a chubby kid and then a fat/chubby adult. I am now 54 years old. I have been on fasts and diets for days and weeks at a time, almost every year, over the past thirty-five years, losing hundred of pounds while I was on the fasts/diets and gaining it all back (and more) when I was not on a diet.

Now, four months after first seeing you, I weigh ten pounds less than when I finished high school and I am wearing size 32 waist pants that are loose on me – a waist size I have not worn since I was 13 years old! I am thin for the first time in my life, and it feels great, plus friends have told me that my face looks at least ten years younger than it used to.

Over the past year prior to seeing you for the first time, I had been maintaining a pretty healthy diet, and I exercised a few times a week. I had reached a plateau that I had not been able to break though in spite of my efforts, eight pounds from what I had thought should be my goal. I was still chubby. Then I began to see you professionally and you conducted an incredibly thorough, interesting and energetic first examination complete with some massage and acupuncture.

Energetically and physically, I know feel great all of the time. I still find it hard to believe that I lost fifteen pounds in the first ten weeks of following the program you put me on. You told me that many of my issues were coming from my digestive system and that I needed to clean it up to really improve my health and fitness. You told me I should feel a significant difference in three weeks if I followed the program that you recommended. You inspired me to believe that I could do it. So I followed your advice to the letter. I ate a close to perfect, very healthy vegan diet. I took all the supplements that you told me to. I used a colon cleanser for a four day cleanse. I exercised every day.

I shot through the plateau and then to the weight that I had thought was my goal before the end of the first month, losing eight pounds. So I continued the program, and my waist line disappeared before my eyes. The amazing thing is that my metabolism must have changed over the last few months. I am back to maintaining what I would call a “normal” diet for me and my weight is staying at its new, very healthy level. My normal diet includes tasting the brownies and cookies that we bake at Volcano Joe’s. Thank you again Dr. Ostroff! 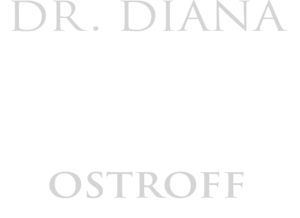 *Disclaimer: Results may vary from person to person.